I ran into a couple of issues with vGPU powered Horizon View Instant Clone desktops. I already created a post regarding the Flip Screen issue when multi monitor setups are being used, but I also had an issue where the initial resolution would not be set correctly after starting a new VDI session.

This issue could occur at random and it was noticed that this issue was a result of the way our golden image was sealed before it can be published. As you probably know already, each VMware Horizon image needs to be sealed properly before the snapshot can be made. This includes the release of the IP address so provisioning will be successful. Since this environment is solely based on NVidia GRID powered desktops there is no way to properly shutdown the Golden Image through the vSphere console.

I use the VMware Horizon Direct Connect Agent in my image to setup a Horizon View Client session to shutdown the Golden Image. To properly shutdown the image a simple batchfile is used containing the following tasks:

As you can see in the batchfile a couple of actions are done during the final shutdown of the Golden Image. The task wich will be addressed in this post is the import of the following Registry script file:

Save this file as Reset-Monitor-Layout.reg

This regfile will remove all entries withing the Windows registry which correspond to the display setup of the last connection to this Windows session. After clearing these settings I have never observed any resolution mismatch within a connection to a Horizon View desktop. All sessions which are initiated will scale to the endpoint’s resolution just fine!

You might run into the following error with VMware App Volumes after logging on to a Horizon View desktop which is NVidia vGPU enabled: Error from Manager FQDN [error code: 401]: Invalid session cookie: Session Read more… 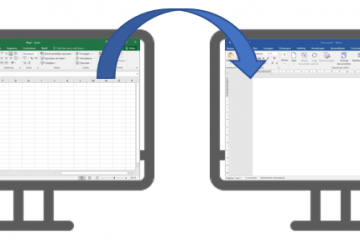 If you use Horizon View 7.5 or 7.6 be aware the vGPU powered VM placement on ESXi hosts has been changed in these versions. VMware wrote this kb article for this change. If you use Read more…